Your Comprehensive Guide To The Insights Of dApp Development! 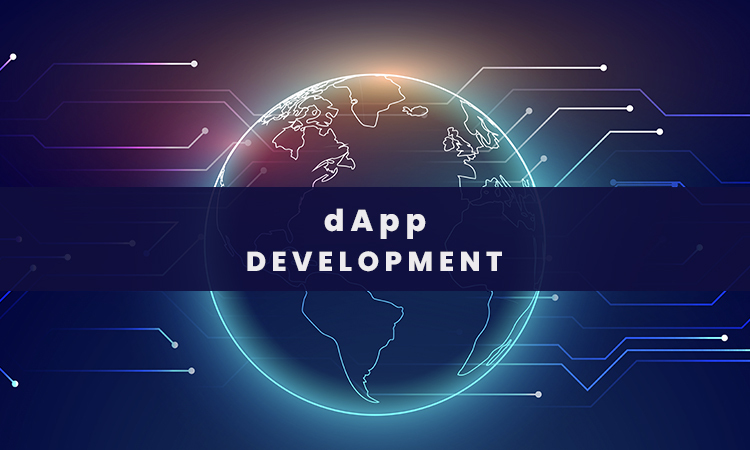 Start-ups and business owners worldwide are still focusing on blockchain, bitcoin, and DApp development. Even though cryptocurrency is merely a result of the blockchain, investors and those who aspire to become one are nonetheless most interested in it.

Because blockchain, Defi, and cryptocurrencies like Bitcoin appear to be everywhere in the news these days, it's a marvel if you haven't heard of them. If you're already familiar with DApps and wondering about how they're created and monetized, this piece may be of interest to you..

At the most, you've maybe heard of DApp once or twice. But what if we tell you that you've been using a DApp for some time without realizing it? What's up? In any case, Bitcoin is widely known as the first decentralized application (DApp).

DApp development is a relatively new IT field, and we are fortunate to be able to watch and participate in its growth and transformations. Decentralized apps are just like the ones you use on a computer, tablet, or smartphone in terms of functionality. Regular apps are centralized and run on a single computer, but D'Apps are distributed and run on a P2P blockchain network, which is the only difference between the two. If you want anything to be decentralized, you must use blockchain technology to build it.

All critical data is saved in a blockchain's databases, and accessible to anybody. The information on the distributed ledger referred to above is protected by a layer of cryptographic security. DApps are superior to traditional apps since they are developed on the Ethereum blockchain. As a result, DApps are adaptable because they can be created in any programming language and run on a P2P network like Ethereum. Because the blockchain backs it, you may utilize this network to build a DApp for your business.

There are numerous advantages to creating DApps. To begin, here are a few highlights:

As an open-source project, decentralized programs can be viewed by anybody because they are open source. The source code of the DApp is now secure and safe against unauthorized or fraudulent additions and alterations, thanks to this unexpected development.

Running On A Public Blockchain

On a decentralized public ledger. In other words, anyone can join an established public network and participate in the conversation. DApp developers can create a wide range of applications utilizing Ethereum, a public blockchain. Collectibles, money, gaming, and other DApps are among the most popular.

The Blockchain Of Ethereum.

Decentralized apps rely on Ethereum for data storage and smart contracts for their app logic.

Because they are decentralized, DApps protect their users' privacy, do not impose censorship, and are open to new ideas.

Algorithm for securely encrypting data. To generate tokens, this algorithm is the most important one involved. Cryptographic algorithms are just DApp compilers.

As you've learned a little more about DApps and their advantages, it's time to learn how decentralized applications work.

What Are The Steps Involved in Creating a DApp?

As an overview, the following is a step-by-step breakdown of what an Ethereum DApp developer needs to do:

An open-source DApp must be able to run independently and without the bulk of the crypto coins being controlled by a single company, for example. The community must approve changes to a DApp before they can be implemented. There must be intelligent contracts and a decentralized blockchain in the backend of the programming. Using a cryptographic technique that follows accepted standards, the DApp must generate its cryptographic token and save the data on a blockchain that also adheres to these standards. The developer's first non-negotiable step is to learn about Ethereum's decentralized consensus blockchain technology.

We advocate using 'testrpc' for a beginner DApp developer because it is the most user-friendly client. This utility is now available via a command-line interface (CLI) as part of the Truffle toolkit.

3. Communicate With The Blockchain:

It is possible to interface with the blockchain using web3.js, the most specific tool for this purpose. There are several instances of how simple it is to get started using the acongig.js file and web3 API calls for communicating with the blockchain.

Attempt to keep the logic and storage requirements minimum, as smart contracts require a measure of computational power to be executed. Gas pricing is not accessible, i.e., the number of crypto tokens necessary to use the service. In other words, performing an intelligent contract costs Ether (ETH), the native coin of Ethereum. Less gas is needed for simple computer logic.

Attempt to keep the logic and storage requirements minimum, as smart contracts require a measure of computational power to be executed. Gas pricing is not accessible, i.e., the number of crypto tokens necessary to use the service. In other words, they are running an intelligent contract that costs Ether (ETH), the native coin of Ethereum. Less gas is needed for simple computer logic. Code that is too complicated is more prone to errors. Thus it must be kept simple. A smart contract's outcome cannot be reversed; hence creating error-free innovative agreements is essential.

6. The Smart Contracts Must Be Deployed:

'Truffle' is the recommended toolset for this. The following is an explanation of some of the benefits:

An easy-to-use directory allows the developer to keep track of all of her intelligent contracts. The scripts can integrate into a testing framework because they can run the 'truffle test' and routine tests.

The config.js file contains all the necessary parameters for quick and painless deployment. For the deployment to work, testrpc must run in a different window.

The developer will need to open an Ethereum account to spend Ether to run the smart contracts. Public and private key pairs can be easily generated and handled with the eth-light wallet. The developer with the necessary information must update the config.js file. If they return to the truffle test, the developer will be able to track the movement of Ether across accounts.

9. Transact With The Smart Contract:

The developer must complete the DApp development process by transacting with Ether that she purchased and stored in her account. Three choices are available:

Developers all over the world are growing increasingly interested in decentralized applications (dApps). For dApps, there is no need for a middleman to host and handle the code or user data, unlike specific programs designed for platforms like iOS and Android. A license is not required to create a dApp, and the platform's regulations cannot be changed by a firm or a centralized group of people. 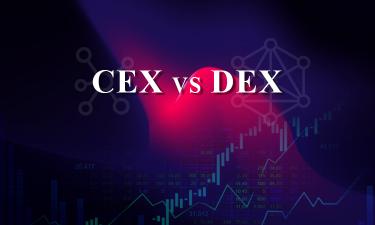 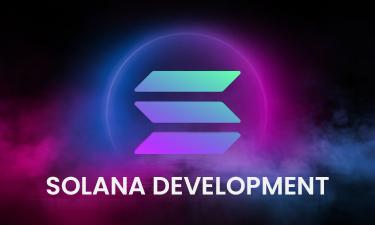